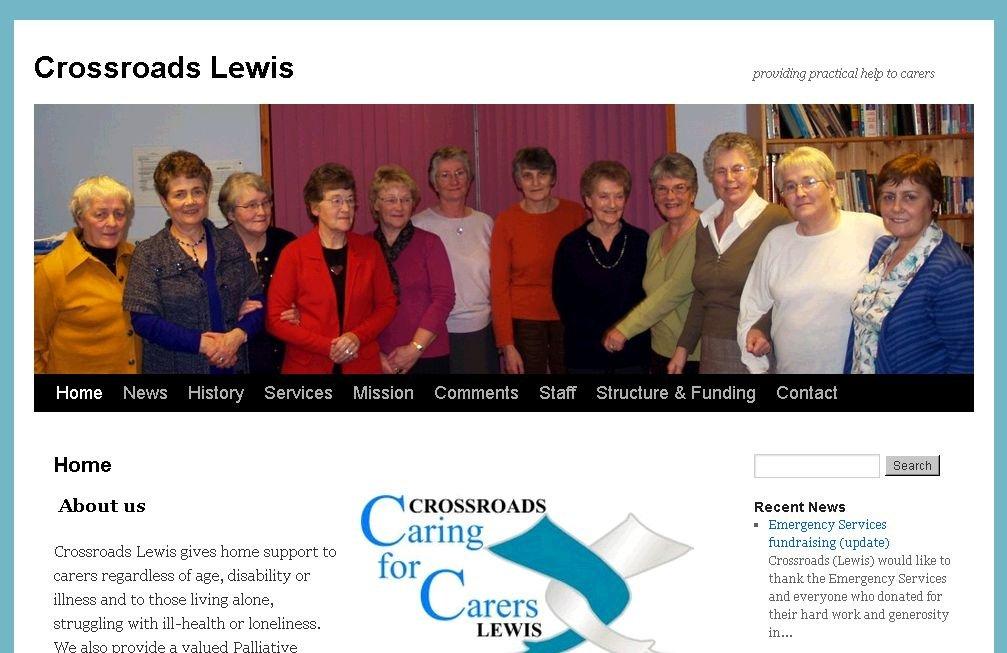 [custom_list style=”list-2″] [/custom_list] Crossroads Lewis already had a site built and hosted with Moonfruit. One of the disadvantages of that site was that if a user did not have Flash on their system, the site looked very messy. As over 30% of the population were employed by the council, who had banned the use of Flash player to stop people wasting time on YouTube and other sites, this was a serious issue. Crossroads Lewis asked us to build them a simple but elegant site which did not require Flash.

We built them a nice simple site using WordPress. The site has an elegant slideshow header, a built-in blog, Google Map, Facebook integration and an RSS feed.

This website uses cookies to improve your experience while you navigate through the website. Out of these, the cookies that are categorized as necessary are stored on your browser as they are essential for the working of basic functionalities of the website. We also use third-party cookies that help us analyze and understand how you use this website. These cookies will be stored in your browser only with your consent. You also have the option to opt-out of these cookies. But opting out of some of these cookies may affect your browsing experience.
Necessary Always Enabled
Necessary cookies are absolutely essential for the website to function properly. This category only includes cookies that ensures basic functionalities and security features of the website. These cookies do not store any personal information.
Non-necessary
Any cookies that may not be particularly necessary for the website to function and is used specifically to collect user personal data via analytics, ads, other embedded contents are termed as non-necessary cookies. It is mandatory to procure user consent prior to running these cookies on your website.
SAVE & ACCEPT