If Lance Armstrong is disqualified then who did win? 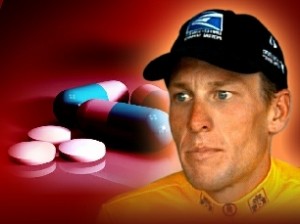 If it goes to Second Place then:

However, many of these cyclists were probably also on drugs. Take for example 1999. Second place was Alexander Zülle, however he was a member of the Festina team that were disqualified in 1998 for doping! Was he clean? Third was Escartin (ESP) but in 2004 one of his former team-mates accused him of systemic doping! Fourth was Laurent Dufaux (SUI) but he was on the Festina team banned in 1998, with Zülle, so may have been up to no good also! In fifth was Ángel Casero (ESP) who was mixed up in Operacion Puerto – a Spanish doping conspiracy! In sixth was Abraham Olano, but he was a “patient” of Michele Ferrari – the doctor who “helped” Armstrong so can’t be trusted. Then in seventh comes Daniele Nardello, the highest finisher not mixed up in a drug scandal – so he probably should be the winner!

As you can see it is not clear who the winner now is!

See http://scotslawthoughts.wordpress.com/2012/08/25/if-not-armstrong-who-won-the-tour-de-france-or-tour-dutopia-from-1999-to-2005/ for a more thorough overview of this subject.