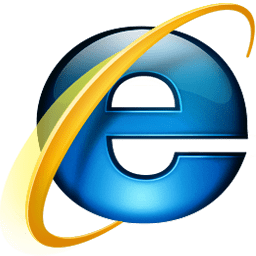 A BBC article appearing today mentions that a company in Australia are charging their customers extra if they use Internet Explorer 7 instead of other internet browsers!

Web pages are built using computer code. It used to be mainly html and css, but now many more languages are used, in particular PHP on which Facebook is built. Anyway, different browsers interpret the code differently – though most good browsers make web pages look almost identical. IE (Internet Explorer) is different. You may write the code for a reasonably good website, and this site may look great on Google Chrome and Firefox and Safari and other internet browsers, but it may be that when you look at the same site using Internet Explorer that it looks like it was constructed by a monkey! Getting perfectly good code to produce a nice looking website in IE has caused many web designers oodles of pain. The company in question here ended up spending so much time working on their site so that it would look good in Internet Explorer that they decided to charge customers using IE more to make up for it!